New Ajax manager Alfred Schreuder has aimed a direct dig at Manchester United over their pursuit for Antony whom MANCHESTER UNITED are hoping to sign from Ajax before the summer transfer window slams shut.

Ajax manager, Alfred has insisted he wants to keep the Brazilian international at the club, even aiming a dig at Manchester United in the process. According to him, why would he switch to Man Utd knowing very well they’re not in this season’s UCL competition.

The Brazil international has missed training sessions and was kept out of Sunday’s matchday squad that beat Sparta Rotterdam 1-0 as he looks to force a reunion with Erik ten Hag at Manchester United with the club preparing a new bid.

Manchester United have reportedly seen a £68m bid for the Brazilian knocked back, with Ajax holding out for closer to £78m, and sources close to the Eredivisie club have confirmed that another bid from United is expected to arrive imminently.

Amid the uncertainty, Schreuder told ESPN;

“I just want Antony to stay, so I assume he will not be sold. The money in question is absurd, but we’ve already sold five or six core players. I don’t think it’s right if we sell another player.

“My feeling about that is good, but I also understand the boy. It is difficult. But we play Champions League and I don’t think Manchester United do that. We’ll see what happens.”

Manchester United know they need a new forward this summer regardless of what happens with Cristiano Ronaldo, and, though Cody Gakpo and Christian Pulisic are both admired at Old Trafford, the Brazilian is Erik ten Hag’s preferred transfer target for this summer. 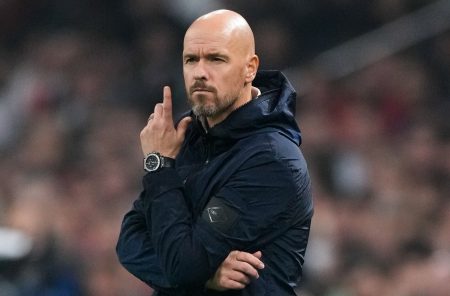